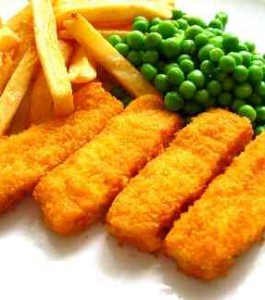 The best brands should appeal to more than your rational self, they should evoke an emotional response.

So while it might have started with a Birds Eye Beef Burger, went through an awkward phase over a Ready Meal, who could have thought that the humble Fish Finger could end a romance.

In the 1970s, Mary’s unrequited love for Ben, who only had eyes for his Birds Eye Beef Burgers, entertained the nation in one of the most famous TV advertising campaigns of the time. (If you haven’t ever seen them enjoy https://www.youtube.com/watch?v=PGElZYKed88 )

In a famous ad from the 1990s, Ben Wishaw starred as Steve whose mate Sean is distracted from his curry by Steve’s mum who is getting ready to go out. Sean, slightly embarrassed, confesses: “I think I fancy your Mum” (another 30 seconds well spent of you’ve never seen it before https://www.youtube.com/watch?v=c4wAP8Xp63U )

Fast forward to 2013 and real life and some Fish Fingers appeared to have helped end scriptwriter Peter Morgan and Lila Schwarzenberg’s marriage.

Peter Morgan, the scriptwriter behind films such as The Queen, The Last King Of Scotland and Frost/Nixon married Lila Schwarzenberg — born Princess Anna Carolina zu Schwarzenberg — in 1997. The celebrity couple had five children and divided their time between Vienna and London.

Following their divorce, in a series of columns for a leading American magazine. Lila shed light on their tempestuous marriage and some of the moments that led to their parting of ways.

‘Peter . . . always says you can gauge the state of our marriage on the number of fish fingers he gets served up in a week,’ she wrote in 2013. ‘And it appears I went too far once again with my culinary neglect towards Peter as . . . I served him the leftovers of the kids’ meal (guess what it was). He took one look and said: “I am neither five years old nor a f***ing penguin.” He left the table and left the house in the search for a decent dinner.”

And the moral is …be careful what emotions you play with, you never know what might happen