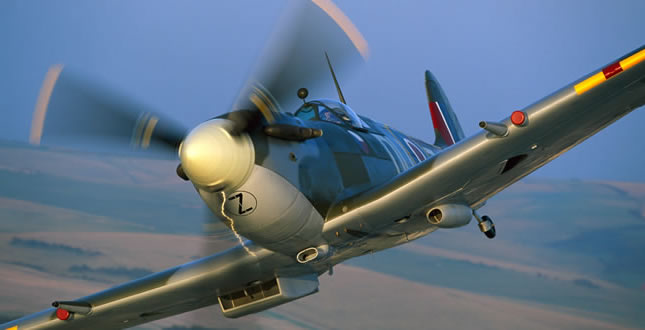 Who would have guessed that perhaps the most famous British fighter plane of World War II would prove to be the inspiration for the world’s first and most popular baby buggy?

The connection between the two is Owen Finlay Maclaren and a design he “pulled out of the air”.

Born in 1907, McLaren grew up to become an aeronautical engineer and test pilot. Working for Maclaren Undercarriage Company Ltd he invented the undercarriage for the Supermarine Spitfire. His design allowed this famous aircraft to have great manoeuvrability. It allowed the plane to be steered and swivelled easily whilst on the ground and still be folded away neatly and simply when the plane was in the air.

He married and became father to two children, Janet and Colin. Janet married an American airline director and moved to the U.S. and Colin lived in the U.K.

As he neared retirement age, Owen began what he thought would become a slow wind down to a more leisurely lifestyle. All that changed when Janet visited the U.K. bringing her daughter to see him.

He was delighted and, like many grandparents, spent time taking his granddaughter out and about, to show her off. It was then that he got to experience just how difficult and frustrating it was to manoeuvre a bulky pram.

It got him thinking about how he could rethink, reimagine and reinvent baby transportation. He decided to use his knowledge of aeronautical engineering and applied aviation principles to creating a new ‘buggy’.

He decided to use aluminium rods, which had been used in aeroplanes but until then had not been used for household equipment.

He based the framework’s structure on triangles for their strength, resilience and flexibility, a trick used widely in airplane production.

Incorporating his own experience of looking after young children and borrowing from another everyday piece of equipment, he used an innovative one-step umbrella-fold type construction. This easy-to-use functionality meant mothers could quickly fold the buggy with one hand, while holding baby in the other. It was to prove a godsend for parents.

It was finished with a durable blue and white striped fabric.

The Maclaren brand was born.

The first buggy – the Maclaren B-01 – went on sale in 1967. It was an immediate success and has become a design icon. It has served as the blueprint for every buggy that has been produced since.

Talking about his work a number of years later, he would perhaps subconsciously reference his debt to his aeronautical engineering background, saying; “I very much enjoy my mechanical toys, to be quite honest. It’s great fun making new things, dragging some new shape out of the air and then making it work, and then making it. It’s the greatest possible fun in my way of thinking”.