Inspiration, like fashion, comes in all shapes and sizes.

The inspiration for the hugely successful on-line fashion brand, ASOS, came from a standard lamp, or more specifically from the statistics about a particular standard lamp. Co-founder Nick Robertson remembers that he and his partner Quentin Griffiths “read a stat back in 1999 that when the programme Friends aired, NBC got 4,000 calls about some standard lamp in one of their apartments asking where it could be purchased. So that was the real idea behind the business”.

The reasoning behind the brand was a logical development from this; “Anything that gets exposure in a film or TV programme creates desire among the public, so we based the shop around that.”

Their choice of brand name for their launch in June 2000 followed naturally – As Seen On Screen.

Initially the focus wasn’t just on fashion but that changed with one of their earliest hires, Lorri Penn, whom they headhunted from Arcadia – Sir Philip Green’s retail group, which includes Topshop and Dorothy Perkins.

“It wasn’t until our first buyer came in, who was a fashion buyer, that we were pushed in that direction”, Nick says. “Fashion is where we got the most returns for the business. Rather than saying ‘here’s a standard top’, we could say ‘here’s a top that Jennifer Aniston wore in Friends’.”Penn argued that fashion was the way forward.

The founders agreed to back her judgement and focused in on fashion, moving As Seen On Screen from a website for all celebrity-linked products to fashion only.

Another change is that where once ASOS followed, now it leads. From merely replicating celebrity fashion, it has come so far that it is now helping set celebrity fashion trends. ASOS own-label creations are now worn by celebrities from Rihanna to Kate Hudson.

ING Direct (USA) was launched in September 2000. From the start it liked to do things differently.

“One way or another, most financial companies are telling you to spend more. We’re showing you how to save more,” said original CEO Arkadi Kuhlmann.

ING is an Internet-based savings bank, dealing directly with its customers. It has only a limited number of easy-to-understand products. It prides itself on speed, simplicity and low overheads. It claims to be the bank for the people on “Main Street, not Wall Street”.

But it says no to what a lot of other banks like to say yes to.

There are NO minimum deposits and NO customers’ fees.

It has NO ATMs, NO branches, NO advisors (it’s an Internet, virtually paperless organization).

It doesn’t market checking accounts or auto loans. Not only does it not market credit cards, ING openly campaigns against them

“If you’re truly committed to helping people change their financial lives and to doing it step by step, then you should not encourage them to do things that could lead them to lose money,” says Chief Customer Service Officer Jim Kelly.

In one famous instance, ING turned down a wealthy potential customer who wanted to deposit $5 million with the bank. It was nothing personal, it said, but: “Rich Americans are used to platinum cards, special service – the last thing we want in this bank is to have rich people making special demands. We treat everyone the same.”

The business also “fires” around 3,500 customers a year who don’t play by their rules – making too many calls to customer service, or asking for too many exceptions to procedures.

But you know what they do when they hate you? They tell everyone about you – and that’s good. It creates dialogue. There’s nothing like differentiation,” says Kuhlmann.

The result of their approach? By 2004, the business was making a pre-tax profit of $250 million per annum.

And the moral is that it can pay to say NO.. 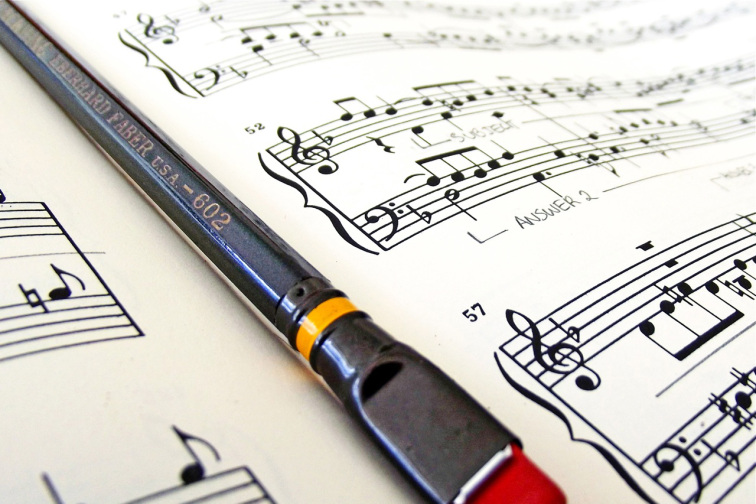 Can you be a great brand but a bad business proposition?

There is much talk today about the business being the brand and the brand being the business, but for me these are not exactly the same thing. Rather they are the yin and the yang of an organisation and the story of the Blackwing 602 highlights that there is a difference.

Introduced by the Eberhard Faber Company during the Great Depression, the Blackwing 602 had a graphite-grey lacquer finish, a distinctive shape, an iconic foil-stamped logo, and an adjustable eraser housed in an extended ferrule. The pencils initially sold for 50 cents each.

Now, it wasn’t only what the pencilt looked like that really made it different. It was also what was on the inside and how that affected its performance in use. The Blackwing had an unusually smooth, soft-yet-durable lead, which allowed Faber to claim: “Half The Pressure, Twice The Speed.”

The Blackwing 602 has a devoted following and a cult-like status. It had a list of celebrity endorsements any brand would be proud of including Nobelprize-winning authors, Oscar-winning animators and Grammy-winning songwriters.

“I have found a new kind of pencil—the best I have ever had. Of course, it costs three times as much too but it is black and soft but doesn’t break off. I think I will always use these. They are called Blackwings and they really glide over the paper,” said John Steinbeck talking about his working habits in the Paris Review.

Asked in an interview with the Academy of Achievement in 2005 whether he used any special kind of paper or pencils, Stephen Sondheim replied; “I use Blackwing pencils. They don’t make ‘em any more, and luckily, I bought a lot of boxes of ‘em. They’re very soft lead. They’re not round, so they don’t fall off the table, and they have removable erasers, which unfortunately dry out.”

During a television interview with Charlie Rose, legendary animator Chuck Jones of Bugs Bunny and other Looney Tunes characters was asked about the “pen” he was using. Jones gently corrected him and then added: “A pen is full of ink. This [Blackwing] is full of ideas”.

Despite this following of famous people and thousands of other users, the Blackwing was discontinued in 1998.

The problem stemmed from one of those distinctive features – the extended eraser ferrule. It required special clips that were only produced on a custom-made machine. When Eberhard Faber was acquired and became part of Faber-Castell in 1994, they discovered that the machine was broken.

There were however sufficient clips that enabled production to continue until 1998. At this point, the company withdrew the Blackwing, claiming it was not commercially viable.

There was an immediate outcry and the pencils still in the supply chain were quickly boughtup and stockpiled. They began to appear on eBay and in the classified ads and prices skyrocketed up to $55 for a single pencil.

Other fans started looking for alternatives and interest focused on the Palomino’s range of premium pencils, which many felt provided a comparable performance to the Blackwing. Palomino were soon  being asked to consider reviving the iconic brand, reviving the old unique look. Luckily Palomino founder and CEO, Charles Berolzheimer, whose family’s roots in the pencil industry date back to the mid 19th century, was able to use his unique supply relationships to get permission to re-introduce the Blackwing pencil. They introduced their new Blackwing both in its original form (the “602”) for true devotees, writers and everyday users, as well as a slightly modified version with a slightly softer lead for artists. The new “Palomino Blackwing 602” sold in packets of 12 for about $20.

So perhaps the moral of this story is that the brand is mightier than the business.

America’s Great Depression caused untold misery but the necessity of trying to feed your family drove people on. I have already written the tale of how Charles Darrow developed what was to become Monopoly after losing his job at a sales company. However, he was not the only person for whom necessity was the mother of invention.

In 1933, Alfred Mosher Butts lost his job as an architect and decided to try his hand at developing a board game.

He set about it methodologically and while he might not have known it, he followed many of the principles of best practice in innovation – analyse the market, identify the best opportunity area, develop something new that fits into that space, prototype it and test it.

He began by analysing the set of current board games. Sitting in his apartment in Queens, New York City, he determined that there were three broad types of game – move games like chess, number games such as bingo, and word games, of which he could think of just one example, Anagrams.

Having identified word games as his opportunity area, he decided he wanted to create a game that combined the vocabulary skills of crossword puzzles and anagrams, with an additional element of chance.

He analysed the front pages from a number of papers including the New York Herald, to assess the frequency with which each letter in the alphabet appeared. He then used this information to help him decide how many tiles a letter should appear on and how many points it ought to worth.

The game, which Butts originally called Lexico, was the result. In its first few years, it was in fact to go under a variety of different names including ‘It’ and ‘Criss-Cross words’.

The first prototypes had boards that were hand drawn using Butts’ architectural drafting equipment, reproduced by blueprinting and pasting on folding checkerboards. The tiles were also hand-lettered, then glued to quarter-inch balsa and cut to match the squares on the board.

His wife Ninawas an ex-schoolteacher and his first guinea pig.  She beat  Alfred at his own game – he claimed he was never any good at spelling.  It has been reported that Nina once notched up nearly 300 points using the word ‘quixotic’ across two triple-word scores.

Soon the couple were gathering friends and neighbours to play in the hall of the local Methodist church but the game stubbornly remained a  local hit.

By mid-1934, Butts had sold just 84 handmade sets at a loss of $20. Every major games’ manufacturer turned it down, and his application for a patent met the same fate.

Luckily for Butts, the economy began to pick up and he was able to resume his old job at the architectural firm.

He and his friends still continued to play the game and sold a few sets over the years.

One was bought by James Brunot  who, when he retired from his day job in 1948, approached Butts with an offer to make and sell the game. Butts agreed.

Brunot came up with a new name, ‘Scrabble’, and lodged a successful copyright application.

Over the next 2-3 years the brand grew, but only slowly.

Then and not in any marketing textbook??, the brand had a stroke of luck. In 1952, the president of Macy’s department store happened to see a Scrabble game in progress while holidaying in Florida. He liked what he saw and decided to stock some in his store.

The game took off almost immediately and Macy’s was soon selling 6,000 sets a week.

By 1952, Brunot realised he could not make the games fast enough to meet the growing interest, so licensed a well-known game manufacturer, Selchow & Righter, to market and distribute them in the United States and Canada.

Today, more than 150 million Scrabble sets have been sold in 29 languages. Scrabble has become a cultural icon, appearing in episodes of Seinfeld and The Simpsons, and in lyrics sung by Kylie Minogue and Sting.

Footnote 1: Butts used some of his earnings to buy the farmhouse in upstate New York where he had grown up, and there, while in his late seventies, he created a second game. It too was a word game. His choice of name however showed that he had more to learn as an innovator. He called his new invention – Alfred’s Other Game.

Footnote 2: Butts was a resident of Jackson Heights, New York, when he invented the Scrabble. There is now a special street sign at 35th Avenue and 81st Street in Jackson Heights that is stylised using letters, with their values in Scrabble as a subscript to commemorate the association.