So your challenge is to translate the title of the new edition of my book. 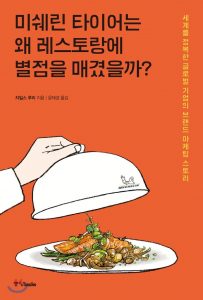 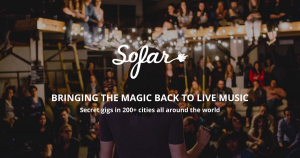 But how often has your enjoyment of that music, that event been spoiled by someone or something around you?

In March 2009, Rafe Offer, Rocky Start and Dave J. Alexander went to a Friendly Fires concert but instead of enjoying the gig, they became more and more annoyed by people talking over the music, other gazing into their Smartphones and the background beat provided by the clanging of beer bottles.

They thought there must be a better way

Rafe in particular decided something should be done and later that year he invited some friends over to a London flat for a low-key, intimate gig.

Eight people gathered in the living room to listen to live music performed by friend, fellow concert go-er and musician Dave Alexander. They shared a drink, and sat on the floor and quietly, respectively, attentively and appreciatively listening to the music. 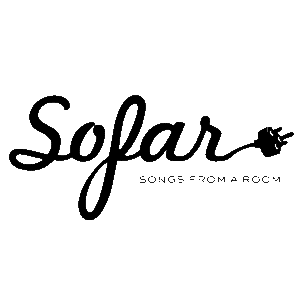 It is said that the room was so quiet, you could hear the clock ticking in the background during the pauses in the songs.

The evening was a great success and there were more people at the second gig as word had spread.

It wasn’t long till Sofar expanded to Paris, New York and Los Angeles.

By early 2017, they were putting on about 500 gigs per month in more than 300 cities worldwide. Each of those gigs is small, and typically features three diverse acts, with no headliner. 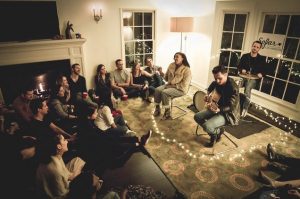 UK and Irish acts who have performed at Sofar shows include James Bay, Hozier, Emeli Sandé, Will Young, Tom Odell and Wolf Alice. Some US performers who have appeared include Giselle Bellas and Yeah Yeah Yeahs’ front woman Karen O

Sofar is now a truly global community in 434 cities, and it claims its mission is to transform everyday spaces – like living rooms or shops – into “a captivating venue for secret, live shows, creating an immersive experience that brings guests and artists closer together”.

“Inspiring Innovation” a short podcast I did with Chad McAllister of The Everyday Innovator podcast, telling a few tales from my latest book and discussing the origins of brands and the idea behind them -enjoy 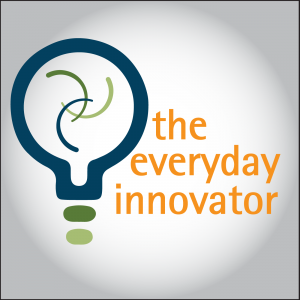