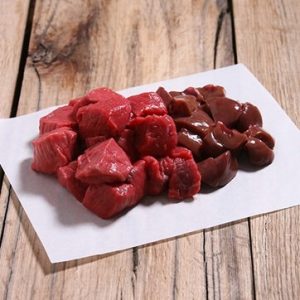 Netflix tells stories, but not just the ones it streams.

How it began is a story it likes to tell, only it seems like there isn’t just one version. It’s a story, or rather stories that change depending on who is telling them and when.

The two co-founders, Reed Hastings and Marc Randolph, have told different stories over the years. Marc Randolph called Hastings’ first version a “convenient fiction”, which may have encouraged Hastings to “conveniently” change it in more recent interviews.

So as Maria in the Sound of Music might sing… “Let start at the very beginning, a very good place to start”

Originally, CEO Reed Hastings said that idea came to him as the result of a fine. Blockbuster charged him a $40 late fee when he was slow to return “Apollo 13”. This, he said, made him think that there must be a better way of renting DVDs.

Co-founder Marc Randolph, who left the company in 2002, not only said that this version was a “convenient fiction”, he went on to tell a different tale that was more collaborative. He said that the company was started in 1997 when he and Hastings decided they wanted to create “the Amazon.com of something”. He said they chose DVDs because customers were willing to buy them online and they were strong enough and small enough to mail. 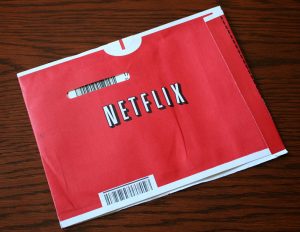 However the initial test actually involved a CD, as DVDs were more difficult to obtain at the time as they were still a relatively new technology, In Randolph’s account, they mailed their test CD to an address only a few blocks away and when it arrived safe and sound, they decided to start Netflix.

However it seems that Hastings does subscribe to this and his new story claims that the origin of the brand started with a maths problem. The question was about how much digital capacity could be carried on one station wagon and how quickly it could get to its destination. To solve the problem, a person would have to figure out how many tapes/CDs/DVDs could fit inside the vehicle, how much data they could hold and how quickly the car could get to a given destination.

Hastings said that in trying to solve the problem he got to thinking about how much data a DVD could hold and how quickly you could disseminate that information through the mail before wondering if the internet would make it possible to deliver things even faster.

This may or may not explain why the brand started as a mail service, though it is true that Hastings had always been vocal about his belief in streaming video. As early as 2005, Hastings said the company was preparing itself for an internet-based future.

“Movies over the internet are coming, and at some point it will become big business,” he told Inc. at the time. “We started investing 1 percent to 2 percent of revenue every year in downloading, and I think it’s tremendously exciting because it will fundamentally lower our mailing costs. We want to be ready when video-on-demand happens. That’s why the company is called Netflix, not DVD-by-Mail.”

He went on to say that he thought Netflix would have a decade left of dominating DVDs, but the world was clearly changing faster than he thought and the brand introduced streaming content in 2007, just two years later.

And in a final version Hastings seems to claim that there was no real story about the origin of the brand when he said: “Netflix was originally a single rental service, but the subscription model was one of a few ideas we had — so there was no Aha! Moment.”

The question that this begs is why have one story, when you could have four?

Finally for any regular readers apologies for lack of recent posts – I’ve been busy completing the manuscript on a new book of brand stories – Inspiring Innovation – which will be published By LID Publishing next year.