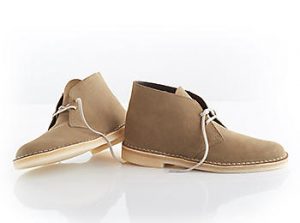 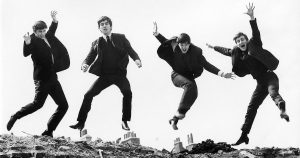 Dick Rowe of Decca is (in)famously believed to have said, “Guitar groups are on their way out, Mr Epstein” in turning down the Beatles.

They have sold more than 600 million albums worldwide. 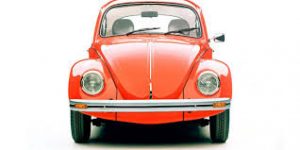 After the Second World War, The British Government looking for a car for the masses turned down the VW Beetle saying, “This car does not fulfil the technical requirements which must be expected from a motor car. Its performance and qualities have no attraction to the average buyer. It is too ugly and too noisy”.

More than 21.5 million of the old Beetle had been sold when the last one came off the production line in Mexico in 2003.

When Nathan Clark presented the design for a new boot, the board felt it was too informal and not in line with their traditional designs and proclaimed, “They will never sell”. 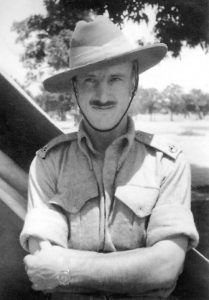 In 1941, Nathan was stationed in Burma with the British Army. As the great-grandson to one of the founders of the Clarks company, it wasn’t surprising that he paid particular attention to what people were wearing on their feet. He soon noticed that many off-duty officers were wearing simple suede boots with crepe soles.

Investigating further, he found out that the officers were ordering their boots from a particular bazaar in Cairo. They were made to be lightweight (so they were easier to run in), had a grippy sole (for balance on any type of ground) and the suede upper was both comfortable, and good for high temperatures.

Believing he was onto something big, he began cutting prototype patterns out of newsprint. He set these clippings along with drawings back home to the factory, which is in the village of Street in Somerset.

When he got back to England, Clark sources the finest materials and shoemakers to transform his idea into reality. Using an existing last (a 3-dimensional mold upon which a shoe is constructed) that had been used for a popular Clarks sandal, he began to experiment. He used what is known as a stitch-down construction, a method used in other Clarks styles, but opted for an orange thread as a further distinguishing trait.

Sticking to the look he had seen in Burma, he decided on a beige suede, sourcing it from a nearby tannery, Charles F. Stead. The colour of the suede he now recognised as a reference to the boot’s desert origins. The choice of suede however was to be part of the controversy as at the time most men’s shoes were made from stiff, formal leather and came in black or brown.

Presenting his Desert Boot prototype to the board, he was met with a frosty response – they will never sell.

Nathan however still believed in his new boot, so in his capacity as Overseas Development Manager, he unilaterally decided to take his latest creation to the Chicago Shoe Fair in 1949.

There it was well received, and was dubbed the world’s first “dress casual” shoe. 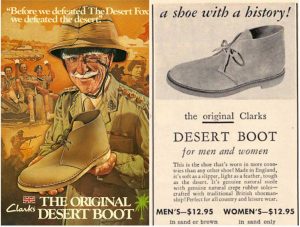 So, in 1950 the desert Boot finally went on sale. It was an immediate success.

More than 10 million pairs of what was described in a 1957 advert as the ‘world’s most travelled shoes’ have been sold in 100 countries.

Famous fans have included Steve McQueen, Bob Dylan, Robbie Williams, Cabinet minister Kenneth Clarke and even Sex And The City actress, Sarah Jessica Parker who was spotted buying two pairs — one in brown, one in black — because she couldn’t decide which she liked best. 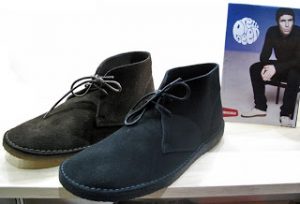 Oasis star Liam Gallagher was such a fan that throughout the 1990s he hardly wore anything else. He went one step further and collaborated with Clarks to design his own version of the boot as part of his “Pretty Green” clothing label.

The boot was named one of the ‘Fifty Shoes That Changed The World’ by the Design Museum in 2009.

And the moral of the tale is that experts don’t always get it right. What do you believe in so much that you will push ahead with it even in the face of rejection? 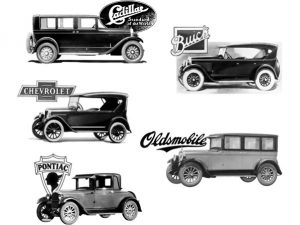 “I’m going to democratize the automobile,” Henry Ford said in 1909. “When I’m through, everybody will be able to afford one, and about everybody will have one.” 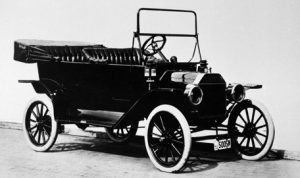 Using the highly cost-effective assembly-line method of producing cars he had developed and with the Model T, his Ford Motor Car Company took control of the market.
However, Ford’s vision was to make the car a commodity. He is famous for saying “Just like one pin is like another pin when it comes from the pin factory, or one match is like another match when it comes from the match factory” and “You can have any colour you like as long as it’s black”.
It gave Ford the ability to grow and develop the early market, but also created the opportunity that Alfred Sloan and General Motors were to exploit to overtake Ford and become market leaders. 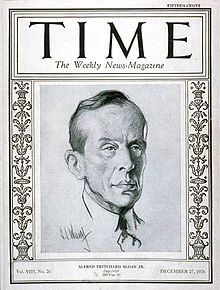 Sloan was born in New Haven, Connecticut and studied electrical engineering at the Massachusetts Institute of Technology (MIT).
He went on to become president and owner of Hyatt Roller Bearing, a company that made roller and ball bearings. They started to supply early automotive companies like Oldsmobile with the ball bearing they needed.
Then, in 1916, on the back of the rapidly expanding car market, Hyatt merged with a number of other companies to become the United Motors Company, which in turn soon became part of General Motors Corporation. Sloan became Vice-President of GM, then President in 1923, and finally in 1937 Chairman of the Board.
Sloan’s approach to business management including managing diverse operations with financial statistics such as return on investment was to make him famous in that field, but he demonstrated a flair for marketing and consumer insight as well.
He realized that consumer tastes changed and evolved, and that not everyone’s taste was the same. While a basic cheap and functional car suited many it didn’t suit everyone especially more affluent customers who wanted more power, more style and to demonstrate their status.
So he came up with a concept he called “a car for every purse and purpose“. The idea was to have five distinctive brands which did not compete with each other (which form lowest cost to most expensive went) – Chevrolet, Pontiac, Oldsmobile, Buick and Cadillac but offered choice and variety to different groups of customers. Customers could, as their income grew, move from brand to brand, moving up what Sloan called “the ladder of success.”
Sloan had introduced a five way segmentation into the market.
To meet the need for changing tastes and to encourage people to want to come back and buy another car he introduced the idea of frequent styling changes, so if you wanted to keep up with the latest trends you would need to buy a new car. It is often labelled as the introduction of “planned obsolescence” though in reality it was mirroring what was going on in other industries like fashion.
The changes, along with Ford’s resistance to change, worked and GM overtook Ford to industry sales leadership by the early 1930s, a position it was to retain for over 70 years.
Sloan’s ladder of success was to prove a ladder to success for GM

Zappos is almost universally held up in the marketing world as the benchmark when it comes to customer experience, so how could a brand ever expect to become Zappos on steroids

Well our story begins in failure,as do so many success stories.

In 2011, Ryan Cohen and his business partner Michael Day had to finally admit that their budding on-line jewellery site was going nowhere …fast. They sold all their remaining inventory at a loss but rather than just give up, they decided to try again

Thinking about why it hadn’t happened for them with the jewellery site they recognised that perhaps, in Ryan’s words “we’re not passionate about what we’re doing.” 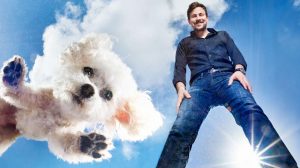 This got them thinking about what they were truly passionate about and for Ryan it was obvious, I was his poodle, Tylee. “She’s my No.1” thought Ryan. He knew his was a “Pet Parent”, someone who would happily spend on premium food and products for their dog.

From there it wasn’t hard to flesh out the idea; there must be lots of other pet arents who were willing to spend lots on the best products and a quick review of the market confirmed that there was a gap. “So I was going to the pet store and realized the market online was really under-penetrated. This was a much better opportunity” remembers Ryan.

Ryan and Michael took their thinking a step further and recognised that not only would these pet parents appreciate good products, they would probably want great service from like minded people. As Ryan says: “From the beginning, we came in saying that we want to provide pet parents with the most amazing customer experience. Period. Zappos on steroids”

The food and accessories they offered on their website weren’t really different from what pet owners could buy in stores, so the difference was in the service. 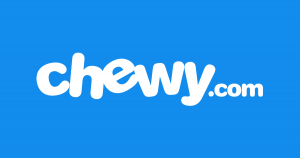 While the two founders originally answered customer calls themselves, they soon needed to hire some extra help. They wanted exactly the right type of people, people they now call “Chewtopians – pet-loving, adventure-seeking, silly hat wearing folks whose sole mission is to enrich the bond between you and your pets.”

As with all things in service its actions and not words that really make the difference and Ryan, Michael and their Chewtopians acted differently.

Perhaps the most famous example of living up to their ideals is the story of Sheree Flanagan, which was initially published in People Magazine.

On December 22nd 2016, Sheree Flanagan’s much-loved dog, Zoe, died and she spent the holidays trying to come to terms with her loss.

“Losing Zoe was terrible. We had her for 10 years, but when Thor died that was crushing. He lived with me in New York, then California and now here. He was always my No. 1 boy.”

Trying hard to practical Sheree called the Chewy service number to see if she could return her unused pet food.

Sheree was put through to Chewtopian, Ashley and picks up the tale “Ashley was amazing. She told me she had a cat put down and she really understood. I kept saying that I didn’t mean to bother her and she kept saying ‘No, this is important. Tell me more.’”

As you might expect from a brand dedicated to good service Sheree get a full refund, no documentation was asked for or needed.

What happened next was Chewy’s difference in action. The next day a van pulled up at Sheree’s home. It was there to deliver a bouquet of flowers and a note of condolence. It read “With deepest sympathy on your loss of your little ones. We’ll always be here through the sad times and to remember the good memories your fur babies left on your heart. Love – Ashley and the Chewy Family. 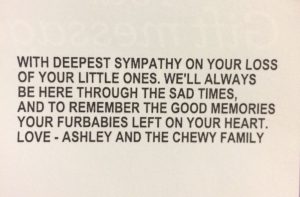 This isn’t a one-off either it part of that ultimate customer service the brand is dedicated to. There are numerous other similar stories on line.

The company’s personalized service is based on he principle of “zero automation” in the customer service department; about 450 representatives operate the centre, 365 days a year, 24/7, answering calls in 4-6 seconds.

The brand has a WOW department that sends out the bereavement packages, cards and more to customers that experience life events ranging from illnesses to weddings. It donates a portion of its profits to no-kill animal shelters.

All customers get entered into a lottery to win one of 700 weekly hand-made oil paintings of their pet (Chewy now has 200 full-time portrait artists). The company also has a 40-strong TV crew with 3 sound stages producing pet-care tutorials for the Chewy YouTube channel.

(PetSmart is buying Chewy for $3.35 billion, one of the largest deals ever in e-commerce)

And the moral is the biggest and often most profitable differentiator is service. How are you WOW-ing your customers – your ‘family’?