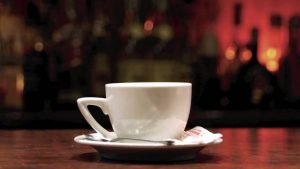 By the beginning of the twentieth century, coffee drinking was no longer a luxury. Melitta Bentz and her husband, Hugo, were among the many people who had recently started to drink it daily, with their breakfast or with cakes and while chatting in the afternoon.

However, Melitta’s enjoyment was marred by the trials and tribulations of brewing a cup. The percolators were prone to over-brew the coffee, espresso-type machines at the time tended to leave grounds in the drink, and linen  filter bags were tiresome to clean. 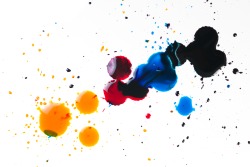 Her solution involved using a nail to poke holes in the bottom of a brass cup and lining it, not with a linen bag but with a sheet of blotting paper from her eldest son’s school notebook.

The results were outstanding. Not only did the coffee taste significantly more aromatic, there were no more grounds in the bottom of the cup, and preparation was fast and simple. There was no bag to wash as you simply threw the used ‘blotting’ paper away. 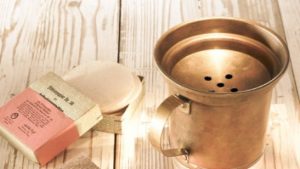 Melitta decided to set up a business and, on 20 June 1908, The Kaiserliche Patentamt (Imperial Patent Office) granted her a patent . On 15 December 1908, she registered her own company “M. Bentz”, for the sale of coffee filters with the trade office in Dresden. Her starting capital was 72 Reichsmark cents. The company headquarters was a room in her apartment.

After contracting a tinsmith to manufacture the devices, they sold 1,200 coffee filters at the 1909 Leipzig fair.

Her husband Hugo and their sons Horst and Willi were the first employees of the emerging company.

In the 1930s, Melitta revised the original filter, tapering it into the shape of a cone and adding ribs. This created a larger filtration area, allowing for improved extraction of the ground coffee.

In 1936, the widely recognised cone-shaped filter paper that fits inside the tapered filter top was introduced and the brand continued to grow.

And the moral is innovation comes from seeing things differently. What could you use in a different way to create something completely new?