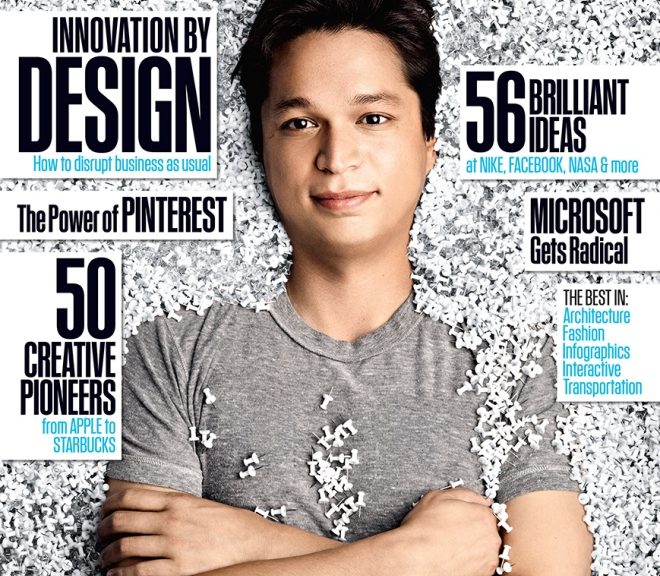 Most companies don’t have a mission statement which explicitly states that their aim is to get you doing something other than what the brand is about all, but then Pinterest isn’t ‘most companies’.

Its origins however can be traced back to Des Monies in the early noughties when Ben Silbermann abandoned his long held plans to follow his parents and both of his sisters and become a doctor. Instead, inspired by entrepreneurs like George Eastman, Walt Disney, he decided he should to get into “business.”

By chance, he was put in the company’s IT group, simply because that’s where there were openings. Amongst the monotony of preparing spreadsheet after spreadsheet, he found himself reading TechCrunch and as he told the Alt Summit in a speech in 2012; “I remember [I] had this feeling that this was the story of my time and I was in the wrong place.”

No long after he saw the movie “Pirates of Silicon Valley,” about Steve Jobs and Bill Gates, and decided that he needed to go west as “being close to people that inspire you is a very good first step.”

Ben got a job at Google in customer support, because as he recalls it “I was more excited than the previous applicant.” However, the job wasn’t very different from his previous one; it involved analysing lots of data and making product design recommendations. It was basically preparing lots of spreadsheets all over again. Ben wanted to make products and build stiff but Google didn’t seem interested. He started complaining. Finally, his girlfriend paraphrasing Nike said, “Stop complaining and just go do it”. Looking back Ben sees this as a turning point and is eternally grateful to her: “If you’re really lucky in life you have someone to call you out on your own bullshit.”

Though at first it did seem that Ben’s timing was off; “A week later, the entire economy collapsed” and the friends who were going to join him were suddenly felt that maybe their jobs at Google weren’t so bad after all.

So Ben teamed up with a friend from college who was living in New York, Paul Sciarra and they came up with a product called Tote, which Ben describes as “a catalogue that was on the phone.”

While the concept was in many at the leading edge, “Everything seemed really hard. We couldn’t’ get money. Apps had just been released so the approval process was taking months.”

Finally, their luck changed and one investor came through with a cheque. Ben used it as an excuse to call all the investors who’d said no previously; “You’re going to miss out, this is the hot deal.” It worked and they got more investment.

While Tote was moderately successful Ben and Paul were developing another idea “I’d always thought that the things you collect say so much about who you are.” Ben says his childhood bug collection is really “Pinterest 1.0.”

Then on a visit to New York, Ben met a friend of a friend, Evan Sharp. They talked about the Pinterest concept. Ben remembers “It was like he was the only who understands what [I] was saying.”

Ben asked Evan to join them and he is now credited as the third a cofounder of Pinterest. It was Evan who came up with the grid layout for Pinterest.

It was picture of a Valentine’s day present that Ben was thinking of buying for his girlfriend.

Ben sent details of his new venture to all his friends in California but the reaction wasn’t quite what he had hoped for – “actually, no one got it.”

Well that wasn’t exactly true, users began to grow though Ben reckons that most early users came from Des Moines. “I suspect because my Mom was telling all her patients.”

Then in May 2010, a woman named Victoria helped organize a programme called “Pin It Forward” – a virtual “chain letter” where bloggers would exchange pinboards about what home meant to them. It was to prove a tipping point.

Victoria, who is now the company’s community manager organised the first Pinterest meet-up and looking back Ben remembers thinking “That was the moment where I was like; ‘We’ve got it.'”hadn’t expected. One of the unexpected early boards was “Things That Look like the Deathstar” which included pictures of old teapots, puffball skirts and all manner of vaguely spherical things.

And indeed they had, the brand went from strength to strength

Nine months after the launch the website had 10,000 users.

The launch of an iPhone app in early March 2011, then brought in a more than expected number of downloads and on 16 August of that same year, Time magazine listed Pinterest in its “50 Best Websites of 2011” article.

According to Experian Hitwise, the site became the third largest social network in the United States in March 2012, behind Facebook and Twitter

And while the company sees itself as “the place to plan the most important projects in your life”, the brand’s mission “is not to keep you online, it’s to get you offline. Pinterest should inspire you to go out and do the things you love”