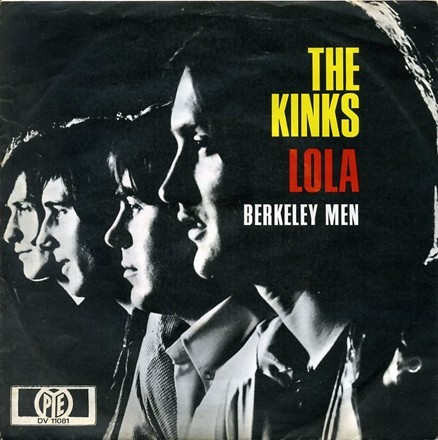 It is May 1970 and the classic pop song “Lola” by the Kinks is about to be released. A lot is riding on the song, the Kinks haven’t had a top ten hit for a number of years.

It’s a great song and it begins…

I met her in a club down in old Soho

Where you drink champagne, and it tastes just like Coca-Cola

She walked up to me and she asked me to dance

I asked her her name and in a dark brown voice, she said Lola

Well I’m not the world’s most masculine man

And so is Lola

But on the eve of its release, the band were informed that the BBC were going to ban it.

Given this was back in 1970 and the song is all about a romantic encounter between a young man and a transvestite you might well suspect that it was the storyline that was the cause of all the fuss.

However, the real reason was a completely different one. The BBC had decided that it wouldn’t play it because of the clear reference to “Coca-Cola”, which went against their “no product placement” policy.

Given that Davies had written the song to be a comeback hit for the band ; as he was to say in his autobiography, he wanted something that would “sell in the first five seconds”, he wasn’t about to let it be banned.

The problem was, back in those pre-internet, pre-sound-file days, the Kinks were on tour in the U.S. while the ‘Lola’ master tapes were back in U.K.

The only solution was for Ray to get on a plane back to London and record some new lyrics.

With a one-day gap in their schedule, Ray left after the band’s May 23rd gig in Minnesota and flew back to the UK to record what was in the end a minimal change. The brand name “Coca-Cola” was replaced with the generic product descriptor “cherry cola”. Ray caught another flight back to the States re-joining the tour for their next gig in Chicago

The revised version, now brand-less, was approved and duly played on the BBC. It went on to be #2 in the U.K. and #9 in the US chart, the massive worldwide hit, Ray and the band so desperately wanted.

Davies describes the piece as: “‘Lola’ was a love song, and the person they fall in love with is a transvestite. It’s not their fault – they didn’t know – but you know it’s not going to last. It was based on a story about my manager.” Supposedly one night, the Kinks’ manager got drunk at a club and started dancing with what he thought was a woman. Toward the end of the night, the transvestite’s stubble started showing, but their manager was too drunk to notice.

As for the champagne that was supposed to taste like Coca-Cola, Ray Davies insists it was real. Asked by a “Q” reader if he’d actually tried it, he replied “I have. I had a Californian champagne that tasted like it, in some kind of L.A. bordello tourist trap.”

Cherry Coke w though tested before was launched in 1985.