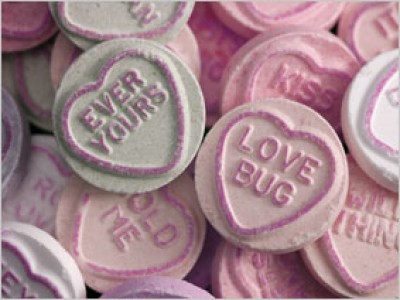 They first met on a film set, where they appeared together in a TV commercial.

The attraction was instant. They became one of the world’s most famous couples.

Then, on Valentine’s Day 2004, she announced they were no longer a couple.

She was seen out and about, on the town. He faded from view.

They met again on another film set in 2010. The film was a smash and his star was on the rise again.

Determined to win her back, he started an all-out campaign.

Then on Valentine’s Day 2011, the news broke, they were officially an item again.

Not quite, this is the true ‘toy’ story of how Ken met Barbie, how Ken lost Barbie and how he won her back again.

“And then it happened – she met Ken, and somehow she just knew they’d be going together” so went the voice-over in the TV commercial showing that fateful first meeting in 1961.

It was a long and lasting romance. Though never officially married they were to be together for an amazing 43 years. Countless outfits and various makeovers came and went, but on Valentine’s Day in 2004, they parted. Russell Arons, Mattel’s then Vice President of Marketing, announced, “like other celebrity couples, their Hollywood romance has come to an end,” but he added the two “will remain friends”.

The newly single Barbie soon had a new companion, Blaine, an Australian surfer.

While his star was on the wane, Ken never really gave up on Barbie. In 2006, with a makeover courtesy of Hollywood stylist Phillip Bloch, he reappeared on the scene but to little effect. He soon disappeared from view again. Then in 2009, to help Barbie celebrate her 50th anniversary, he made a surprise appearance on the runway at her first New York Fashion Week show.

The party was a great success for Barbie but did little for Ken’s plan to woo her back. The little it did do however was to prove crucial. His appearance caught the eye of the people at Pixar and the following year Pixar brought them back together in front of the cameras for Toy Story3.

The reunion ‘convinced’ Ken it was worth one last try at rekindling the romance and in a world that had changed so dramatically since they first met all those years ago, he launched a multimedia campaign.

‘He’ bought posters around New York and Los Angeles on which he professed (Ken-fessed) his love: “Barbie, you are the only doll for me,” “Barbie, we may be plastic but our love is real.”

He launched a Facebook page and got a Twitter account “making him real for consumers rather than just an accessory,” according to Lauren Bruksch, Mattel’s Marketing Director for Barbie and Girls.

Mattel partnered with Match.com and together they created a video showing Ken searching for new love interests, only to find that his perfect match was still Barbie.

Millions of people watched their on-line flirting. A “Love-O-Meter” was created on BarbieandKen.com where people were asked to say whether Barbie should take him back or not. Over 500,000 fans voted and they overwhelmingly supported a make-up.

Finally, Barbie succumbed and on Valentine’s Day 2011 it was announced that they were officially back together.

Thoroughly modern and new media savvy Barbie told TODAYshow.com “I’m in awe of the lengths Ken went to profess his love, he knows how to sweep a doll off her feet!”