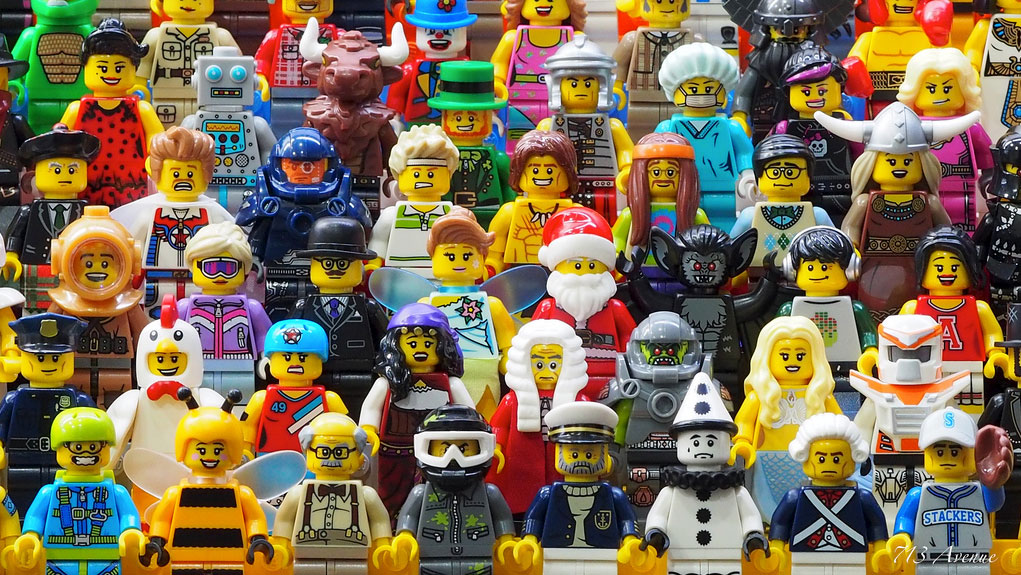 The first one was born in 1978 and every sibling wore the same expression until 1989.

A recent estimate put their population at over 3.5 billion.

The Lego Minifigures, of course.

Now one of the most iconic toys in the world, they have their franchise and indeed their own blockbuster movie.

Their story though really begins in 1975 when a forerunner to the minifigure was released.

These figures were more ‘human shaped’ than basic bricks, but had solid torsos without separate movable arms or legs and their yellow heads were without any printed features.

They did had a small variety of ‘headpieces’ including caps, pigtail hair and cowboy hats

After a gestation period of three years, the first modern minifigures arrived in 1978, with seven different figures in Castle, Space, and Town Lego sets.

While these figures had arms and legs, for the next 11 years, all their heads had a single, simple facial expression, two solid black dots for eyes and a painted, black smile.

The 1989 Pirate saw the first arrival of figures with different facial expressions.

However one feature from the very original prototypes remained.

Every minifigure has a hole in the head or rather through the head.

The reason isn’t aesthetic or for construction reasons. It is, as Lego told website Gizmodo, “We added this hole on the top of the head just in case any kids got one of the heads stuck on their throat. That way they would be able to keep breathing.”

In other words so it could act like a windpipe in case it got stuck in one.

A nice bit of trivia but also no more than you would expect of a brand like Lego another demonstration of their on-going commitment to safety.