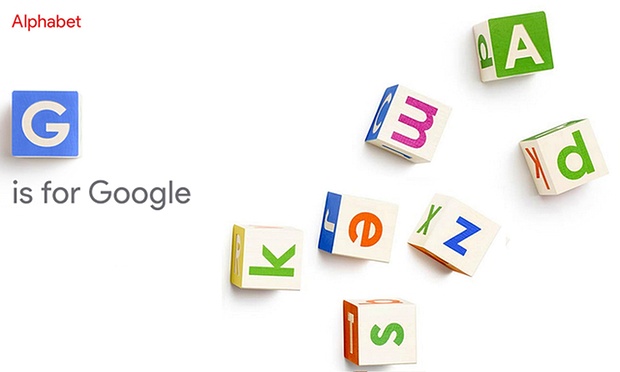 On Monday August 10th 2015, Google announced a major restructuring, creating what was effectively a new holding company with Larry Page and Sergey Brin at its helm.

The new entity would represent a collection of companies. The largest of which would be Google, slimmed down a bit. The others would be further away from the core internet business. Current examples would include their health efforts like ‘Life Sciences’ (that works on the glucose-sensing contact lens), and ‘Calico’ (focused on longevity). There would also be a focus on developing new ideas too.

Page and Brin announced that the name for this new company would be “Alphabet”.

Every new name has its detractors; I remember the comments about “Ace Ventura” when Accenture was announced so I wasn’t surprised to hear a few wags saying that the reason that Google had chosen Alphabet was an attempt to outdo the notion of “A is for Apple” and the A-Z in Amazon.

Conveniently, Alphabet would also come before both in any alphabetical index.

Amusing though the comments are, according to Larry Page they weren’t the reason why the name was chosen. He explained, “We liked the name ‘Alphabet’ because it means a collection of letters that represent language, one of humanity’s most important innovations, and is the core of how we index with Google search!”

However, like many good names that wasn’t the only reason, as Page went on to explain the other reason, “We also like that it means alpha-bet (Alpha is investment return above benchmark), which we strive for!”

All of which fits with Page’s and Brin’s stated intent of looking for Alpha-bets. “Sergey and I are seriously in the business of starting new things. Alphabet will also include our X lab, which incubates new efforts like Wing, our drone delivery effort. We are also stoked about growing our investment arms, Ventures and Capital, as part of this new structure”

So as a name for a company charged with finding and developing winning and highly profitable innovations, it makes sense and probably made the decision easier.