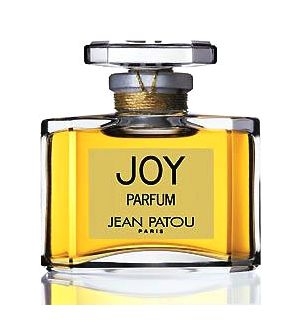 Henri Alméras, the legendary perfumer of Grasse, was getting exasperated.

Over the previous two days he had taken designer Jean Patou and his confidant Elsa Maxwell, the society columnist, through just about everything in his workshop. Picking up one last sample, he said, “If you don’t like this, I’ll get a job herding goats.”

It was 1930, and Patou and Maxwell had come to the south of France in search of a perfume to help re-invigorate Patou’s ailing couture empire, which like many luxury brands had been hard hit by the Great Depression.

Removing the seal, Patou sniffed the last fragrance. He didn’t just like it, he loved it.

It was then that Alméras delivered the bad news. “You can’t use it commercially,” he said. “The price will be prohibitive.”

The scent that Alméras had made had used thousands of flowers suspended in precious oils just to make the small sample.

She looked at it from a different perspective and suggested, “That’s our angle. We’ll promote it as the most expensive perfume in the world.”

So for over 80 years, Joy by Jean Patou has boasted more flowers packed into a tiny bottle—336 roses and 10,600 jasmine flowers —than anything else at the fragrance counter. To this day, Joy contracts with growers in France for tons of jasmine and roses.

However the positioning wasn’t the only clever piece of marketing associated with the launch. The second was the idea that perfume could be a substitute for the high prices of haute couture. So, it was that, in 1930 250 prominent American women, whose clothes shopping had been curtailed by the Great Depression, received a free bottle of Joy from Patou. The accompanying message raed ‘If you can’t afford our couture, we know you’ll still want something desirable”

These days, much of the perfume industry is based on this idea that owning a designer’s fragrance is a practical, affordable substitute for owning the designer’s clothes.

As for the slogan “the most expensive perfume in the world” it is still used today.

“Joy” was voted “Scent of the Century” by the public at the Fragrance Foundation FiFi Awards in 2000, beating its rival “Chanel No. 5

Footnote: Joy wasn’t the first perfume that Patou had launched. In 1925 he introduced a range based on hair colours Amour-Amour, for brunettes, Que Sais-je for blondes, and Adieu Sagesse for redheads. In 1929, he added Le Sien, a sports fragrance.