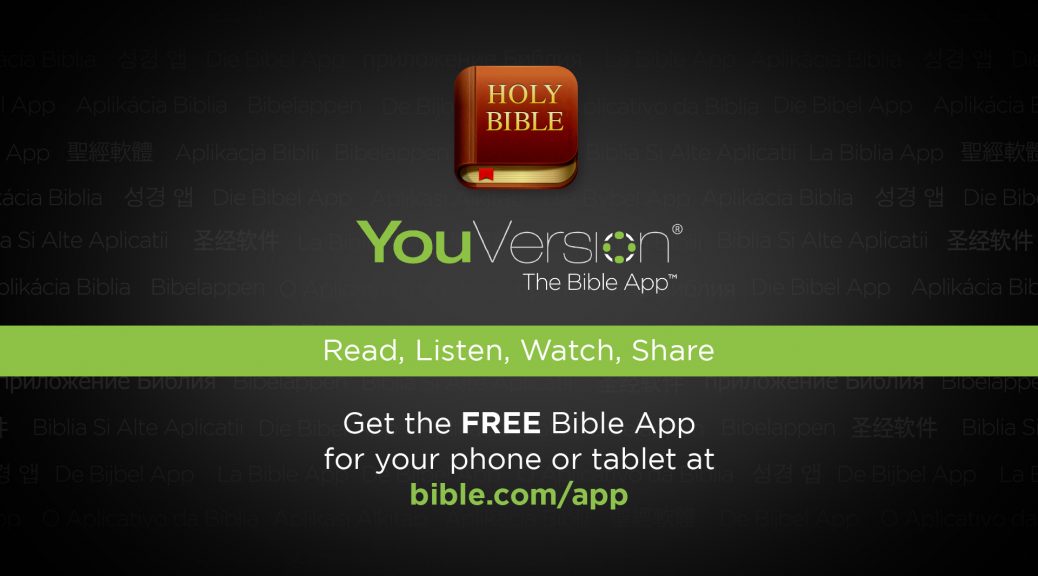 The digital age has brought many benefits, but for Bobby Gruenewald it has been a godsend in his mission to get people to engage with the Bible more.

Gruenewald is the CEO of YouVersion, a Bible App, which has been downloaded to over 100 million devices and is opened on average by 66,000 people every second of the day or night. Gruenewald says they know of one woman who “would stay up until just pass midnight to know what verse she had received for her next day”

In an interview with Nir Eyal, Gruenewald explained how they use digital best practice to help ensure regular engagement of YouVersion’s “flock”

“We originally started as a desktop Web site, but that really didn’t engage people in the Bible. It wasn’t until we tried a mobile version that we noticed a difference in people, including ourselves, turning to the Bible more because it was on a device they always had on them.”

Users now can turn to the scripture wherever they are; Gruenewald’s data even suggests that 18% of readers have used it in the bathroom.

Other features designed to encourage regular engagement include 400 themed reading plans. “By offering reading plans with different small sections of the Bible each day, it helps keep (readers) from giving up” says Gruenewald. Bitesize chunks of what is a long book makes usage easier, but so too does the order. Placing sections that are more interesting early in the plan helps create the daily habit, before some of the more difficult or boring sections are sent.

While initially concerned about pestering readers with notifications, an experiment helped convince YouVersion of its potential. “For Christmas, we sent people a message from the app. Just a ‘Merry Christmas’ in various languages. We were afraid people would uninstall the app, but just the opposite happened. People took pictures of the notification on their phones and started sharing them on Instagram, Twitter and Facebook. They felt God was reaching out to them.”

Nowadays there is a whole range of these notifications used to trigger usage. There is a daily notification sent to your phone. If that doesn’t work there is a little red light that activates above the YouVersion Bible icon on your device. If you miss your very first day of a plan, a message is sent suggesting an alternative plan.

To make usage even easier there is also an option whereby you can have the extract read to you.

The power of peer encouragement is built in too. Members can, and do send messages to each other, and of course, there is much sharing on social media sites.

Perhaps not surprisingly there is a regular usage spike on Sundays, which Gruenewald further encourages as they provide a service whereby religious leaders can upload their sermons into the app. The congregation can then follow along in real time in church.

Gruenewald is full of stories of the good the app has done but one of his favourites is undoubtedly the one that was told to him by a user who had just walked into a business you might not immediately associate with a devout Christian. The user’s phone beeped as a notification arrived.  Gruenewald recalls the users telling him his thoughts; “God’s trying to tell me something! I just walked into a strip club – and, man – the Bible just texted me!” the user turned right and walked out again.