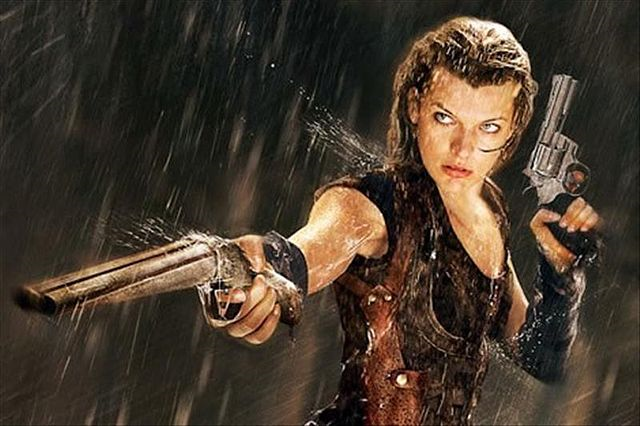 Ukrainian-born Milla Jovovich is a model and film actress who has worked for Prada, Chanel and Versace and starred in films such as Fifth Element and Resident Evil.

She has however a “dangerous addiction”, one to which she was introduced by her English born, Geordie husband, Paul Anderson; her director in Mortal Kombat.

It was in 2002 that Anderson took Jovovich to see his home town “We stayed on the quayside in Newcastle, went to visit Holy Island and Bamburgh Castle – and, more importantly, Greggs.”

“Milla was overwhelmed by Greggs,” Anderson remembers. “She tried to spend a hundred and fifty dollars in there and was really confused when they couldn’t take her credit card.” Jovovich remembers the occasion equally fondly: “They didn’t know what had hit them.”

Later on that same trip but now in London the couple were almost late for a press conference for their film after they went in search of a Greggs to let Jovovich enjoy another fix of the pasties. Anderson explained, “We were staying down the road from the Grosvenor House Hotel in Park Lane where the interviews were, and you can’t find a Greggs in Mayfair… we had to go all the way to Victoria.”

It was at this point that Anderson announced that “Milla showed a dangerous addiction to Greggs pasties.” Her favourites are the Cheese and Onion and the Corned Beef.

Anderson suggested “I think Milla should be employed as the new face of Greggs, instead of the face of L’Oreal.”

Nothing, however, came of the offer, as Greggs – though appreciating the free publicity Jovovich was providing – recognised that her image didn’t fit with the brand.

Greggs is a family bakery business that was founded on Tyneside in the 1930s when John Gregg delivered eggs and yeast to local families on his pushbike. It now has more than 1,000 bakery stores across the UK, though obviously not in Mayfair. It is not a “sexy” brand; rather it is a down-to-earth brand of the people and for the people.

Its pasties are all baked at every premise to ensure they are “always fresh, always tasty” and are a delicious addiction for millions of Britons – and at least one Hollywood star – today