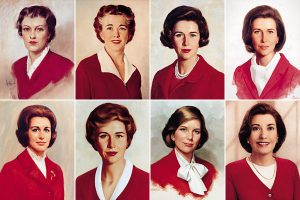 The sources of inspiration for a brand name are many and varied. The most obvious is to use the founders’ name and examples include Woolworths, Kellogg and Birds Eye. A slight variation is to use the name of the founders’ son or daughter, as is the case with Mercedes.

Other brands are also based on names of people, but fictional ones like Betty Crocker, Mr. Kipling and Ann Summers

Many names are description of the product or a product feature – Cadbury’s Crunchie is crunchy and British Airways is an airline brand from Britain.

However, until recently I had never heard of a brand named after a tattoo.

The founder of the brand was Henry Chidley Reynolds. He was born on 26th May 1849 in Cornwall, but emigrated to New Zealand in 1868.  The story of his brand however really starts in 1880s and while I could tell it, during my research I came across a wonderful rendition of the tale from the 1936 ‘The NZ Co-Operative Dairy Co Ltd Jubilee Souvenir booklet – The Empire’s Dairy Farm’

“Times were hard in 1880s. Beef, mutton and dairy produce all alike were difficult to dispose of at anything like remunerative prices. But there came to farm near Hamilton a Mr [David] Gemmell from California and he started making butter as carried out   in the United States on a somewhat improved system from that of the ordinary farmer. 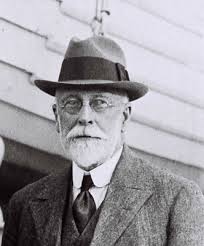 One day he invited Mr Henry Reynolds to take a pound of his butter and keep it in his cupboard for two months and at the end of that time he said it would be found ‘perfectly sweet and good’.

Mr Reynolds did so.

The boast was proved correct.

’Shortly afterwards,’ stated Mr Reynolds, “Mr Gemmell told me he had decided to sell his farm and return to Los Angeles. It struck me that if butter of such quality could be turned out on a large scale and exported, there should be something in it.

This resulted in my asking Mr Gemmell if, after selling his farm, he would remain in the country for six months at a moderate remuneration and show us how to turn the article out on the factory system. To this he agreed and I erected [the] small factory at Pukekura and this was the commencement of making butter on the factory system in the Waikato.”

“Henry Reynolds was up betimes on November 3, 1886. After an early meal and with the blessing of his wife who, valiant pioneer that she was, helped him so much in those days, he hastened from his home to the simple little factory erected a mile or so away. There he busied himself in preparation for the arrival of his neighbouring farmers with their morning’s milk.

For this was the day when butter was to be made for the first time in New Zealand on the factory system. 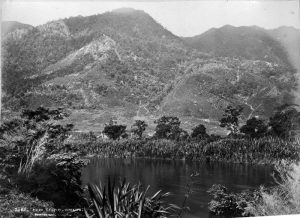 With typical Cornish thoroughness … he had already had a trial run on the separator the previous evening with milk sledged from his father’s farm by a lad named Hicks. The trial had been satisfactory so Mr Reynolds waited with equanimity for the dawn of the factory era.

Whatever his thoughts, and great as was his belief in dairying we can be sure of this: that neither he nor those with him that day foresaw the change – the miracle – that half a century would bring through the activity he was then to start by churning, in that little one-floored factory at Pukekura, the first small total of less than 100lbs of butter.”

The brand and its name, if you haven’t already guessed it, is ‘Anchor’, and the reason for its choice; “When considering a name for his butter Henry Reynolds noticed that one of his employees had an anchor tattooed on his arm and said, we will call our butter ‘Anchor’.”

It was a name that must have seemed an unusual and even incongruous choice at first, but was to become more and more appropriate as the brand was increasingly shipped around the world, firstly to Australia, then China and Hong Kong before finally making its way to the UK in the early 1890s.

By 1894, Reynolds and Company owned a number of butter factories and creameries in Waikato, Bay of Plenty and Taranaki, producing a total of 300 tons of Anchor butter a year.

Nowadays Anchor is still one of the top global brands with a wide range of dairy products sold in 70 countries. 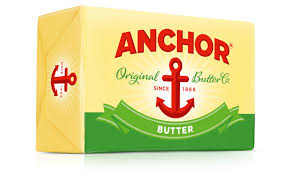