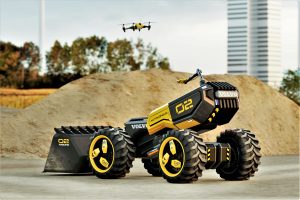 Lego has a history of involving its customers and its fans in its innovation. It famously recruited a group of adult superfans when it wanted to develop its Brainstorm 2 product.

So when it recruited a group of children to help it develop a new Technic product, it might not have seemed that this was anything particularly new, but Lego weren’t the only people interested.

The children were shown early drawings and models of a possible futuristic autonomous construction machine and asked for feedback and to come up with any ideas they had which might improve it.

Amongst some other smaller improvements, the group came up with two big new ideas; a mapping drone and something which they called “the Eye”. 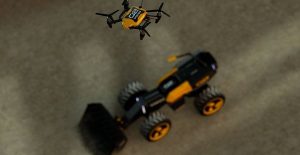 The drone would hover above the vehicle and allow it to have a wider view of its surroundings so it can be ‘aware’ of things that might be out of its normal line of sight. 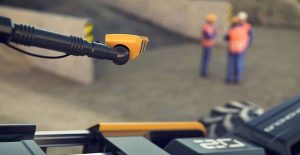 The ‘Eye’ was an adjustable camera boom mounted on the top of the vehicle which would will show exactly where the vehicle’s “attention” was being directed. This means it can make “eye contact” with people in and around the building site and acknowledge their presence.

What made this so different is the fact that with most autonomous machines, people can’t see all the sensors that it uses to steer itself and navigate around both stationary and moving objects. The Eye solved this problem, making the ‘interaction’ between humans and machine as safe and intuitive as possible. 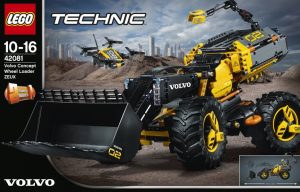 Both ideas are being incorporated in the new Lego technic Zeux Concept Wheel Loader product that will be launched in August.

The twist however was that Lego were not the only ones interested in the results, the project was in fact a joint venture between Lego and Volvo.

It is a wonderful example of harnessing different thinking and working in partnership with other brands and your customers – present and future.