As I’ve said before “Stories are meant to be told …and re-told” so from the recent launch of my new book ‘Inspiring Innovation’, here is another story re-told by a fellow Value Engineer.

Thanks to Tom Speed and the other Tom, Tom Langridge, the man with the video skills 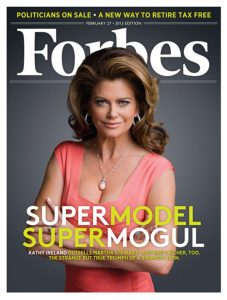 Kathy Ireland was one of the elite group of 1980s supermodels; a group that included Christie Brinkley and Cindy Crawford. She may not have been quite as famous internationally as Chrissie and Cindy, but her career post-modelling suggests she was by far the most business-savvy.

In 1993, now 30 and pregnant with her first child she was approached by John Moretz, a marketer and asked if she wanted to model some socks.

For some models this might seem a little bit beneath them or a sign that their best years are behind them. Kathy saw things differently, a natural entrepreneur, she made a counterproposal – a partnership to produce and sell her own brand of socks.

“I wanted to make it clear to them that I didn’t want to just put my name on it,” says Ireland. “An endorsement wasn’t interesting to me.”

Looking back, she recognised that “It would have been easier to do a swimsuit line, but if I could put my name on socks and be successful, then I must really have something.”

Equally open to new ideas, Moretz too could see the potential; “She’s the girl next door who happens to be beautiful, that forms an emotional bond with the consumer.” So, he bought the rights to use her name on a line of socks and agreed to pay for manufacturing and distributing the socks that Ireland would design and promote.

In return Ireland would get a royalty on every pair sold.

She took out a $50,000 personal loan to launch Kathy Ireland Worldwide.

Moretz got her athletic socks into a number of sporting goods stores like Big 5. They did well enough for him to buy the rights to license exercise clothes, bodysuits and eventually swimwear.

Moretz became the master licensor for Kathy Ireland, sublicensing her name to companies that made things besides socks and collecting 30% of that revenue stream to Ireland’s 70%. His biggest coup of those early days was in helping her get an exclusive deal in 1994 with Kmart.

In 1998, thanks in part to some advice from her famous mentor, Warren Buffett, who appreciated their shared childhood experience as newspaper deliverers, when she decided to expand into furniture.

He told her that fashion changes, but the home remains far more secure. And that in apparel every celebrity already had a line or was pitching one. There was a market gap in home furnishings and Kathy Ireland range was a huge success.

kathy ireland Worldwide (or kiWW, for short) has now grown to become one of the world’s most valuable global licensors covering Home, Fashion Apparel, Wedding, Fine Jewelry, Baby, Children’s Toys and books, Publishing, Pet Care, Crafts and Gifts. It is consistently ranked among the top 50 licensors, In 2015 it was No. 31 on License Global’s “Top 150 Global Licensors” 2015 list with $2 billion in retail sales.

The brand’s appeal may have been launched on her fame, but it is now built on providing products that are at once aspirational and relatable. Kathy Ireland Worldwide has thrived by imbuing the most unglamorous products with glitz – desks, end tables, beds, headboards, rugs, carpets, ottomans, bookcases and windows.

She also has a real affinity for her core target audience, perhaps her most famous quote is about the trials and tribulations facing busy moms – . “Recognizing that for a busy mom, getting in the car when you’ve got car seats and temper tantrums, making it out the driveway is a victory. Making it into the store, that’s heroic.”

The company’s motto is “Finding solutions for families, especially busy moms,” and Kathy has found lots of those solutions.

Interestingly her commitment to her core audience is also reflected in the fact that she avoids store openings and may public appearances, despite her drawing power. “We’ve tried it, and it doesn’t work,” she says. “What happens is the store gets cluttered with guys who are there with 500-year-old copies of Sports Illustrated. How does that help a busy mom? These people are just in her way.”

Moral: Sometimes the most obvious thing, isn’t the right thing

Kathy Ireland is known to have an eye for an opportunity – She inherited pal Elizabeth Taylor’s dogs, Gracie and Delilah, and designed a pet collection inspired by the Maltese canines.

She is approachable but has an inner strength – As a teenager, Ireland reported that a photographer once “crossed the line” with her and wanted her to pose topless. She did not feel comfortable and he did not respect her “no.” He reportedly pushed her and got physical and she “decked him.”

“Stories are meant to be told …and re-told” is something I have long held dear, so at the recent launch of my new book ‘inspiring Innovation’, I asked some of my fellow Value Engineers to retell their favourite story from the book.

Here David Holland tells his – a story set in Italy…

Thanks to David and Tom Langridge, the man with the video skills