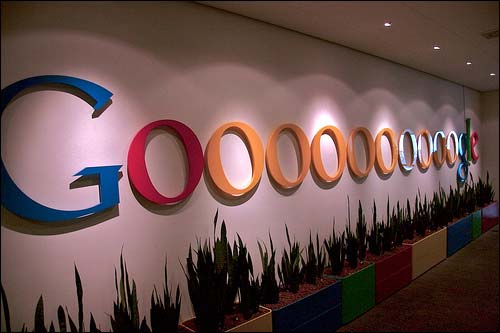 Having posted a short story about one of the mega web brands – Facebook – earlier in the week, it reminded me that one of the  stories that is actually in the book is the story about Larry Page and Sergey Brin chose the name – Google and perhaps i could share that…

The backrub, the spelling mistake and the 100 zeros

Here’s a story you can backrub – sorry, Google.

Google founders Larry Page and Sergey Brin met at Stanford University in 1995. By 1996, they had built a search engine that used links to determine the importance of individual

webpages. Their name for the fledgling product was “Backrub”

On reflection, Brin and Page decided that perhaps Backrub wasn’t such a good name. It was certainly unusual and original, but they wanted something that related in some way to the service they aimed to provide in linking millions of webpages together.

After much consideration, they chose a word for a huge number: a ‘Googol’. A googol is the term for the number represented by 1 followed by 100 zeros.

Brin and Page liked it so much because it truly reflected the scale of their ambition.

It also fitted with what was to become their mission statement: “To organize the world’s information and make it universally accessible and useful.”

However, the name was to undergo one further and unexpected change.

One of their first investors was far-sighted enough to see the potential in what they wanted to do, but his spelling wasn’t quite as good as his business sense. When he wrote out his

cheque, he made it out to “Google”.

Brin and Page liked it and the new name stuck.

And the moral is that not all mistakes produce bad results.