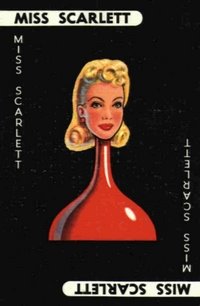 I was talking to a client about Charles Darrow, the man who invented Monopoly which along with the time of year got me thinking about the classic board games which always seem to come out at Christmas. The question I asked myself was Cluedo whodunnit?

Murder most profitable …or…  I accuse Mr Pratt, in the factory with the drill bit.

Anthony E. Pratt was a small-time but reasonably successful musician who during the inter-war period earned his living playing the piano in country hotels and on cruise ships.

He was a lover of detective fiction and his favourite authors were Raymond Chandler and Agatha Christie. It was therefore perhaps not surprising that he also enjoyed the murder mystery evenings that were regular events at the country hotels where he played.

These mysteries would involve both hotel guests and a few actors playing the characters in a plot which revolved around the murder of one or more of the other guests. Most of the hotels had lots of different rooms giving scope and space for the mystery to unfold and ultimately to be solved as different clues were found.

When the Second World War started, Pratt took a job in an engineering factory in Birmingham that manufactured components for tanks. Working on a drilling machine, he found the work rather tedious but it gave him time to think. He was later to describe himself as “an introvert full of ruminations, speculations and imaginative notions”

One of those ‘imaginative notions’ led to him developing a murder mystery-themed game, which he originally and somewhat unimaginatively named “Murder!”  The original artwork for the board itself was designed by his wife Elva. He, Elva and friends would play it during the often lengthy air-raids and on 12th January 1944 he filed a provisional specification at the U.K. Patent Office.

Later that year the Pratts visited Waddington’s Games in Leeds, England to discuss the possibilities for its manufacture. They were accompanied to the meeting by their friends, Mr. and Mrs. Bull, who had already invented a successful game called Buccaneer and who had provided the necessary introduction.

Waddington’s personnel played the first game with the Pratts and the Bulls in the office of the Managing Director, Norman Watson, who immediately recognized it’s potential.

However due to post-war shortages of various materials, there were some a significant delay in the game being launched. It finally went on sale in 1949, though by then there had at least been time to arrange a licensing deal with Parker Brothers in the United States, so the launch was a trans-Atlantic one.

The game that was finally went to market was still the same idea though some of the details had been changed.

There had been eleven rooms on the original board designed by Elva but the “gun room” and cellar were dropped. The axe, bomb, syringe, poison, shillelagh (walking stick/cudgel), and fireplace poker were weapons that didn’t make the final cut as well.

The name had also changed not once, but twice, Norman Watson had suggested “Cluedo” (a combination of “clue” and “ludo”; ludo is Latin for I play) as an alternative to Murder and Parker Brothers shortened this to “Clue” for the US market

Cluedo or Clue is today sold in over 40 countries from Brazil to Sweden, New Zealand to Abu Dhabi. In Brazil the game has acquired a third name “Detective”. So while it is clear that people all over the world love a good murder mystery game, you, dear reader, are now amongst the minority who, when it comes to the invention of the game, know whodunnit.