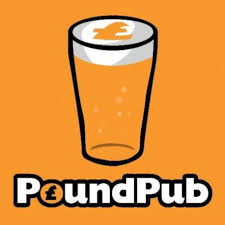 A couple of weeks ago I wrote a brand story about Poundland – “Like father, like son” – and told the tale of the struggles Steve Smith faced trying to get his first store up and running. How he struggled to get retail space, as landlords worried about the impact on the local area.

So when I heard about PoundPub I wondered how they might fare and whether they were facing similar opposition.

It seems that they are.

The first pub is due to open in Stockton-On-Tees next month, where it will offer pints of beer for £1.50 and halves for £1. This is about half the price of the average price of a pint in the region.

Unsurprisingly, instead of welcoming the chain with open arms, there is resistance from local politicians.

Councillor Phil Dennis from Stockton Council is reported in the Metro as saying: “I have doubts and concerns about the ability of such a venue to control the environment. They are effectively selling at a point where the quality of clientèle will likely match the price of the product on offer.”

Sound familiar? I bet it does to Steve Smith.

Furthermore, as Mike Wardell – a director of the company that owns PoundPub – pointed out, nearby supermarkets are selling cans of beer at 40p without all the complaints.