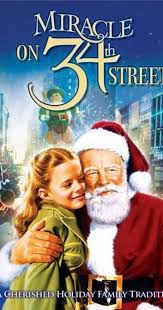 Everyone who has seen the original version of Miracle on 34th Street knows that the real Santa Claus works for Macy’s.

Rowland H. Macy wasn’t too far behind. In 1862, he borrowed the notion of the gift-giving gnome known around New York as “Sinterklaas” (from the Dutch “Sint Nicolaas”), used the Anglicised name and had him impersonated by a welcoming, friendly man dressed in a nice, clean cloak.

Parkinson’s store is long gone, so Macy’s is Santa’s longest-running gig, going steady for over 150 years.

By the 1870s “Macy’s has postcards showing Santa … In one, Santa is coming down the chimney wearing a red suit without fur and carrying a white bag with the Macy’s star on it,” says Bob Rutan, director of event operations at the store from 1999-2008.

Nowadays Macy’s Santa is not only in the store, but leads the famous New York Thanksgiving parade, which first took place in 1924 and features in Miracle on 34th Street.

Ensuring that this iconic figure always looks his best has now become a major task at Macy’s.

Macy’s uses two versions of the suit, both based on a 7/8 coat worn over matching pants cut extra-roomy and firmly attached by means of a bib front and sturdy straps – a modification made a few decades ago when a little girl tugging on Santa’s pants tugged them off on national television.

His ‘everyday’ suit, on which up to a quarter of a million children have sat, is a fake fur-trimmed wool twill that weighs around 18 pounds.

On Parade Day and on Christmas Eve, when he comes prepared to ‘fly’ out of the store at the stroke of 6pm, Santa wears what is known as the ‘flight suit’. It’s trimmed with real rabbit fur, comes with a coordinated quilted cotton greatcoat and weighs about 40 pounds.

All this means that Santa could get a bit sweaty, and no-one wants that, so Santaland got its own air conditioning system in 1998 and, every time Santa takes a break, he changes the white shirt he wears under his suit jacket. The suit itself lasts only a couple of days at most before being sent off for dry-cleaning.

The attention to detail and safety of everyone are concerns too. Santa changes gloves constantly. “We try to stop the germs spreading from one kid to another. The same parent who pulls a kid out of school for no reason, thinks nothing of sending a kid with a 103-degree fever to see Santa,” Rutan says. “We use the same type of white gloves they use for the West Point cadets: They’re flexible, sturdy, and stand up to lots of washing.”

And without wanting to destroy the myth,  Macy’s Santa has the magical ability to appear simultaneously at up to six different workshops inside the New York Santaland alone, and to remain supernaturally spotless; he relies on 30 identical everyday suits and four flight suits.

The last major revamp of Santa’s costume came in the late 1970s when Macy’s then vice president and director of special productions, Jean McFaddin, updated Santa to look not more modern but actually to look more old-fashioned.  “People relish the tradition,” says Rutan

Footnote : if you’ve only seen the 1994 remake of Miracle on 34th Street you may be a little confused but Macy’s declined any involvement with this remake, so the fictitious ‘Cole’s’ was used as its replacement. Gimbels, the original rival store, had gone out of business in 1987 so it was replaced by the fictional ‘Shopper’s Express’.

I’ve written a couple of them over the years so this year I thought I would follow tradition and bring them back for the festive season. The first of which tells the tale of Coca-Cola and their role in the creation of the modern day depiction of Santa Claus but which like so many good stories has a twist…

The fabulous illustration is by Dawn Childs. We used to accompany the story as our compnay Christmas card a couple of years ago 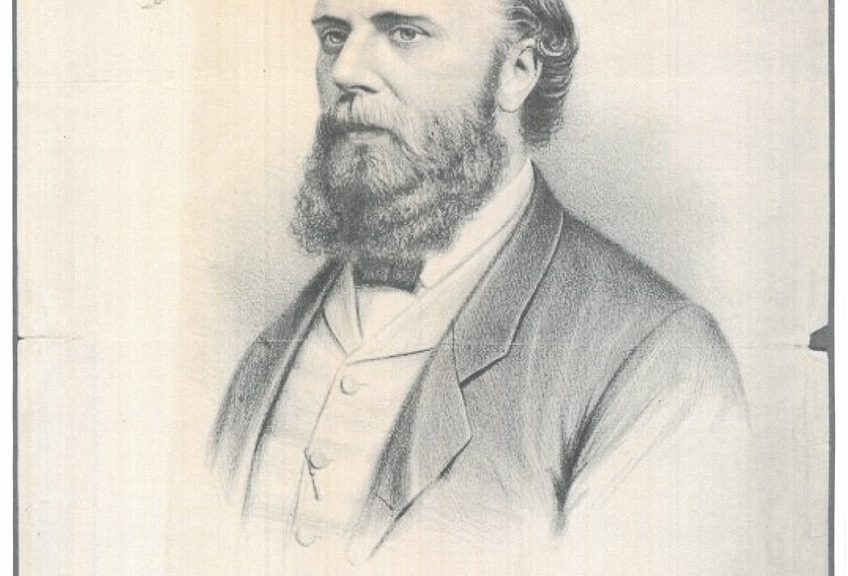 In the British TV comedy “Keeping up appearances” the lead character is a social-climbing snob called Hyacinth. She insists her surname is pronounced ‘Bouquet’ even though it is spelt ‘Bucket’. However one Hyacinth, or rather Hyacinthe, would could more rightly have claimed ‘Bouquet’ as his surname or maybe nickname was Hyacinthe Mars Rimmel.

Hyacinthe was trained by the Pierre-Francois Lubin, the personal “nose” to the Empress Josephine. As a rising star he was invited to move to London to manage a prestigious perfumery in Bond Street. It, and he were a great success and in 1834 he opened a perfumery of his own in Albermarle Street. His new boutique quickly became the “in” destination for the ladies of London society when looking for luxury in skin care preparations and fragrance.

Hyacinthe was the original founder of The House of Rimmel but it was his son, Eugene who was to prove the real driving force behind the brand we still know today.

Eugene was not only an expert perfumer but was to prove himself both a product and promotional innovator and entrepreneur.  At 22, having already been running his own business for a few years, he took over the whole family business.

He set about building the brand

He developed innovative products, including mouth rinses, fragranced pomades and an ingenious scented steam vaporiser. He extended the use of his fragrances by creating scented fans for ladies to use at the opera, theatre and ballet and perfumed Valentine’s cards

He was the first to introduce mail order catalogues to the world of perfume and cosmetics. He wrote a Book of Perfumes, one of the first “modern” beauty bibles. It explored the allure of fragrance and the etiquette of beauty, not surprisingly it promoted fine, elegant perfumes…

“Above all, avoid strong, course perfumes and remember that if a woman’s temper can be told from her handwriting, her good taste and breeding may easily be ascertained by the perfume she wears.”

He went on to write two other books “The Perfumed Almanac, Recollections of the Paris Exhibition of 1867”, and what became a Victorian best-seller, “Scented Valentines”.

Perhaps his most famous publicity stunt was the creation of a fragrance fountain for the Great Exhibition in 1851. The fountain shot perfumed jets of eau-de-cologne into the air. Any passer-by could use it to scent their handkerchief. One such passer-by was Queen Victoria and so impressed was she that she became Rimmel’s patron and appointed him her official Royal perfumer. It was the first of what were ultimately 10 Royal Warrants he was awarded by various heads of state throughout Europe.

If all of this wasn’t enough it was another of his innovations which would actually become the defining product that really drove the brand to international success.  In 1860 he created ‘Superfin’, what was the first commercial non-toxic mascara.  Prior to his invention, women had been using various potions and pomades to darken their eyelashes, but Rimmel’s new and unique blend of coal dust and petroleum jelly was a real step change. Although it was still quite messy, it was huge improvement on what had gone before. Its popularity spread like wildfire not just in the UK but throughout Europe.

In what may have been the first example of ‘genericization’ – when a brand name becomes the generic term for a whole range of products, think Hoover or Sellotape – “rimmel” or “rimel” became synonymous with mascara. In fact ‘rimmel’ still means mascara in several different languages.

Eugene wasn’t finished and continued to expand his empire. He extended internationally opening stores in both Paris and New York. He set up a flower garden and essential oil distillery in Nice.

He was one of the first pioneers of aromatherapy and created vaporisers which could be used in hospitals to disperse the beneficial oil vapours into the air. They were forerunners of today’s aromatherapy diffusers.

He died at the age of 67 on the 15th March 1887. His obituary in the New York Times described him as “The Prince of Perfumers”.

The company continued to be owned and run by the Rimmel family until 1949 when it was bought by a London company and later sold to Coty in 1996.

Nowadays it is now a brand that is linked to London and “cool Britannia”, associated with British stars like Kate Moss, Lily Cole, Georgia May Jagger and Sophie Ellis-Bextor … but maybe not Patricia Routledge who plays Hyacinth Bucket.

And if you enjoyed this little tale, I posted the story about how Mascara was invented (almost simultaneously on the other side of the Atlantic which you’ll probbaly enjoy too – just seach Maybelline in the box above